Crime reporter Henning Juul thought his life was over when his young son was murdered. But that was only the beginning…

Determined to find his son’s killer, Henning doggedly follows an increasingly dangerous trail, where dark hands from the past emerge to threaten everything.

His ex-wife Nora is pregnant with another man’s child, his sister Trine is implicated in the fire that killed his son and, with everyone he thought he could trust seemingly hiding something, Henning has nothing to lose … except his own life.

Packed with tension and unexpected twists, Killed is the long-awaited finale of one of the darkest, most chilling and emotive series you may ever read.

Someone will be killed. But who?

I really loved this book, it is dark, gritty, gripping and had me hooked!!

As you read the book you feel as though you are the centre of attention with them, it is fast paced and the plot is so well written it makes it very hard to put the book down.  As soon as I started it and read the first few chapters I knew I was in for a real treat.

You go through an awful lot of different emotions reading this book, the suspense used is brilliant and it makes the plot work so well.  Every little thing about this book worked for me, right from the cover to the end – it is brilliant!!

No hesitation in giving it 5 stars – an absolutely fantastic end to the series!! 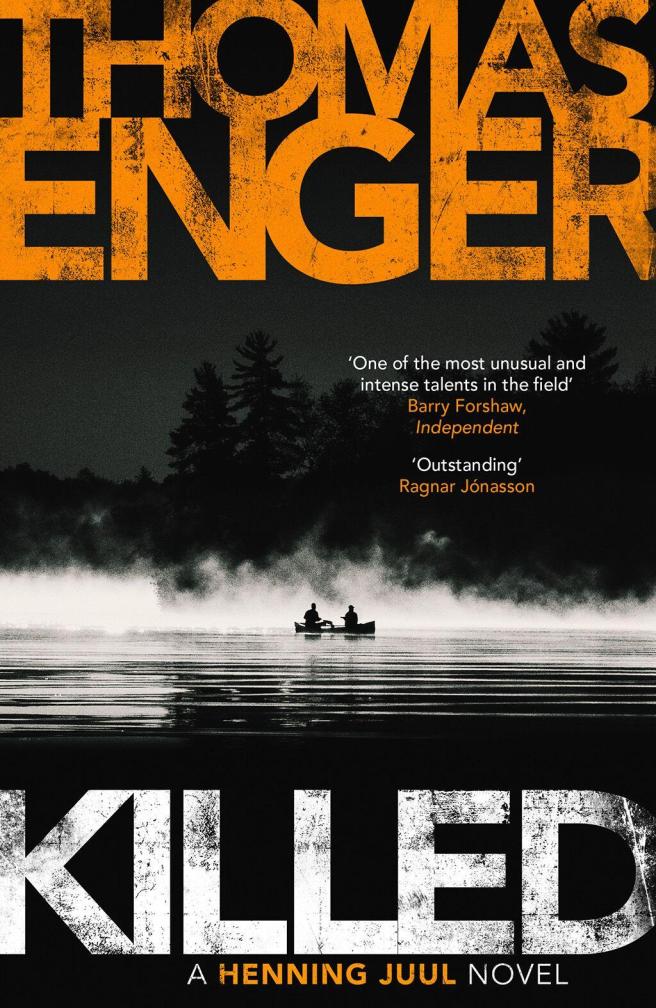 Thomas Enger (b. 1973) is a former journalist. He made his debut with the crime novel Burned (Skinndød) in 2010, which became an international sensation before publication.

Burned is the first in a series of 5 books about the journalist Henning Juul, which delves into the depths of Oslo’s underbelly, skewering the corridors of dirty politics and nailing the fast-moving world of 24-hour news. Rights to the series have been sold to 26 countries to date.

In 2013 Enger published his first book for young adults, a dark fantasy thriller called The Evil Legacy, for which he won the U-prize (best book Young Adult). Enger also composes music, and he lives in Oslo.