Football hero Jason Clooney is riding high….until a date with a beautiful woman lands him in trouble with the media, and into battle with the criminal underworld.

Now against a backdrop of an uncertain professional future, Jason has to confront disturbing revelations surrounding his new girlfriend’s family. From football action on the pitch to behind the scenes plotting. To battles with a criminal gang and constant media attention, all adding to the toughest challenges he has ever faced in life, love, as a player and as a man.

EXTRACT FROM THE BOOK

According to Mandy the case against Thresham was growing. The statements obtained from those who had been taken prisoner in the raids were helping, while the information that was being extracted from the laptops was dynamite. It was providing leads for Customs and Excise, Border Control, the tax man and the cops.

Feeling good, Jess said she wanted to visit and walk with him in the famous Central Park. But Jason, though he agreed, was experiencing bad feelings that he couldn’t rationalise. As they returned from the park he looked behind once or twice to see if they were being followed. Maybe I’m suffering from paranoia he thought, but after all the amazing highs of the last few days, things did not seem quite right.

Being a Sunday there was no concierge at the front desk, though service could be obtained with a phone call. Jess used her key to gain them entry to the main lobby and at the same moment two figures threw themselves at them.

Jason rolled, taking his assailant with him, then scrambling to his feet he stamped hard on the man’s right ankle. There was a crack and a scream of pain from the victim. He turned to see blood streaming from Jess’s face. She was being battered by the second assailant, and Jason used the same approach as before, though from the back, stamping hard on the man’s ankle, then following up with a succession of blows to his head and body, knocking him senseless.

Some instinct made him spin around, he found his original opponent had managed to drag himself upright, but even more worryingly he had a gun. Without hesitation Jason flung himself, like a goalkeeper making a save, catching the man and gun with such force that the weapon was sent flying, while its owner crashed to the floor for a second time. An enraged Clooney lost it completely, kicking seven shades of shit out the attacker. He would probably have killed the man if Jess hadn’t screamed.

He rushed to comfort her – she was scared stiff, by both the unprovoked attack and the violence her boyfriend had dished out in response. Before either could speak flashing lights and sirens announced the arrival of New York’s finest. When the front desk was unmanned live CCTV was relayed to a remote security centre, and seeing onscreen the drama unfolding the duty officer had called for the law.

Jason let them in.

A paramedic quickly examined Jess then Jason. Their opponents were dragged off, literally, to a squad car where they were taken downtown, as they say in the movies. The police officer in charge, after checking both of them were okay, asked them to join them in his vehicle, by which they were taken to the offices of the Midtown Precinct South. Here they were both examined, separately, by a duty doctor and Jess had her wounds cleaned, bathed and the one on her right cheek stitched. Jason had little to show for his adventure, unlike his assailants.

Detective Fabio Manciuni introduced himself, told them he would be handling the incident, and if they didn’t mind they would like to photograph their injuries, fingerprint them to confirm their identities, then he and his colleagues would like to formally interview them, with their consent of course.

Jason wondered to himself what would happen if they refused to give it? Then decided with Jess looking like death and no doubt wanting to get out asap it might just be better to agree, make it easier all round. Three hours later, after endless cups of coffee, questioning by various police officials and the signing of their sworn statements, they were free to go and the police even offered to drive them back, an offer Jason thanked them for but declined. Jess needed some urgent tender loving care, he reckoned a squad car wasn’t the first choice for that.

He hailed a cab and in minutes they were speeding back to the apartment, his arm around her, holding her tight enough to burst. She never spoke a word the whole journey. Once back Jess hurried through the main lobby, anxiously looking in corners in case of further bogeymen. Back in the room she told him she wanted to soak in the bath, but she would leave the door open, she needed to know he was close, though she would like some privacy. Reluctantly, he obliged, wondering if his loss of control in the assault had somehow damaged their relationship, changed her feelings about him?

He sat on the edge of the bed, not knowing what to do, the occasional splash of water and the sound of crying the only sounds coming from the bathroom.

She entered the bedroom naked and climbed into bed.

‘Is there anything at all I can get for you?’ he asked. For what seemed like several minutes she said nothing, then like a dam bursting, it all poured out.

‘Today has been the scariest day of my life,’ she said, tears streaming down her face. ‘I thought we were going to die, then I thought you were going to kill that man and I was more scared.’

She looked at him long and hard. He daren’t speak or look away. ‘Afterwards at the police station, I heard what you and that detective were saying, that this was no ordinary robbery attempt, that this was aimed at scaring us, getting some kind of revenge, or worse. They were maybe going to kill us,’ and she completely broke down as he held her and tried to comfort her.

‘Look,’ Jason said her, thinking fast, trying to remain calm and speaking softly and slowly to reassure her, ‘we don’t know and the police don’t know who they were or what they planned. But it doesn’t matter, we are here and safe, they are the ones banged up.’

Caught dead to rights, he could have added, but thought better of it. That their attackers were in a lot worse shape from the beating he had handed out pleased him, but he didn’t tell her that.

But both of them knew this had to be more than a simple robbery. Real malice was intended. After all, robbers need only have produced a gun and most couples would have surrendered all their valuables. The attackers could have made their getaway. End of. 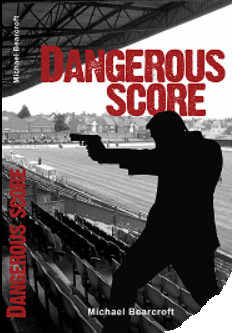