Florence struggled for breath as she stared into the face of a ghost. “Jack?”

Twenty years after being forced apart Jack and Florence have been offered a second chance at love. But can they find their way back to each other through all the misunderstandings, guilt and pain?

And what of their daughter, Viola? Her plan to become a doctor is based on the belief she has inherited her gift her medicine from Emile, the man she believed was her father. How will she reconcile her future with the discovery that she is Jack’s child? 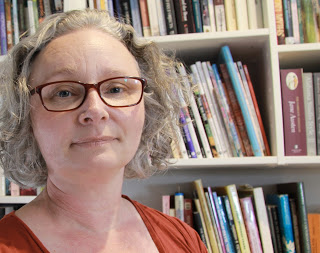 EXTRACT FROM THE BOOK!

Jack inhaled sharply as Florence crumpled, her head hitting the floor with a sickening thud.

His heart thundered. He had pictured their meeting again so many times over the past twenty years, but had never envisaged this scenario.

She moaned, her eyelids flickering.

He gestured to his son. “Liam, bring a couple of blankets from the store room.”

She had looked so terribly shocked, and no wonder. She’d had no warning, no time to prepare herself.

A young woman, the girl he assumed was his daughter, Viola, was kneeling beside her mother gently tapping the back of her hand. His gaze caught on her beautiful face, so changed from the child he had briefly met nearly ten years earlier. He was hardly able to comprehend that she was his. Did she have any inkling who he was?

He took a step back as the truth of the situation hit him like a punch to the stomach. After longing for this moment for twenty years it was now upon him and he found himself completely unprepared. His gaze flicked to Liam who had just returned carrying a pile of blankets. No one, not even his adopted son, had any idea of the house of cards Jack had built. He released a shaky breath, and waited for it to all come crashing down.

As a life-long creative, Kathy gained qualifications in fashion design, applied design to fabric and jewelry making and enjoyed a twenty-year-plus career in the fashion and applied arts industries as a pattern maker, designer and owner of her own clothing and jewelry labels.

She then discovered a love of teaching and began passing on the skills accumulated over the years’ design, pattern-making, sewing, Art Clay Silver, screen-printing and machine embroidery to name a few.

Creative writing started as a self-dare to see if she had the chops to write a manuscript. Writing quickly became an obsession and Kathy’s first novel, Peak Hill, which was developed from the original manuscript, was a finalist in the Romance Writers of New Zealand Pacific Hearts Full Manuscript contest in 2016.

Kathy now squeezes full-time study for an advanced diploma in creative writing in around working on her novels, knocking out the occasional short story, teaching part-time and being a wife and mother.