A quiet English village where nothing ever happens.   Until…..

After her boyfriend runs out on her with the contents of their joint bank account, Kat Latcham has no choice but to return to the tiny Somerset village of Much Winchmoor where she grew up.  A place, she reckons, that is not so much sleepy as comatose and she longs for something to happen to lessen the boredom of living with her parents.

But when she and her childhood friend, Will Manning, discover a body and Will’s father, John, is arrested for the murder, Kat suddenly realises that she should have heeded the saying “Be careful what you wish for”.

Much Winchmoor is a hotbed of gossip and everyone is convinced John Manning is guilty.  Only Kat and Will believe he’s innocent.  When there’s a second murder Kat is sure she knows the identity of the murderer – and set out to prove it.  But in doing so she almost becomes the murderer’s third victim.

Readers of Sue Grafton might enjoy the Much Winchmoor series of cosy murder mysteries spiked with humour and sprinkled with romance.

I loved this story and I thought Kat was fab character!

The plot is excellent, very well paced and the author has a great flow with the story that made it a book that was hard to put down!  I was completely wrapped up in the story and read it in bed one evening, staying up to finish it.

I thought that the story was well planned out and I loved that it was not just a crime thriller or murder mystery, I also got a witty story in places that made me giggle at times and it also had quite a bit of romance thrown in, which for me, made it a very easy book to read!

Five stars from me for this one, I thoroughly enjoyed it and it is one I am very highly recommending!! 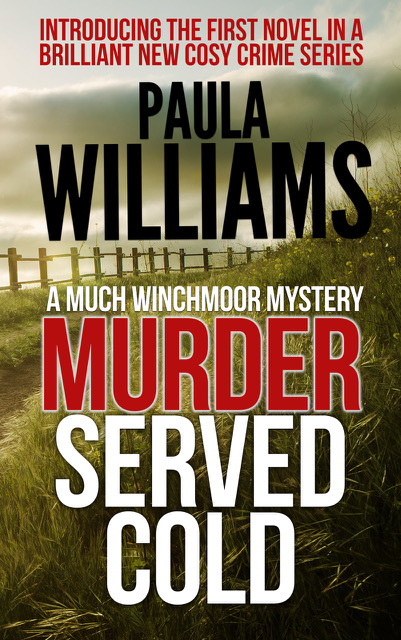 Paula Williams is living her dream.  She has written all her life – her earliest efforts involved blackmailing her unfortunate younger brothers into appearing in her plays and pageants. 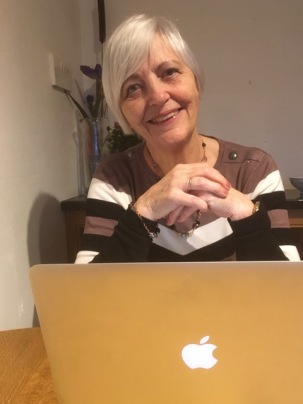 But it is only in recent years, when she turned her attention to writing short stories and serials for women’s magazines that she discovered, to her surprise, that people with better judgement than her brothers actually liked what she wrote and were prepared to pay her for it.

Now, she writes every day in a lovely, book-lined study in her home in Somerset, where she lives with her husband and a handsome but not always obedient rescue Dalmatian called Duke.  She still writes for magazines but also now writes novels.  A member of both the Romantic Novelists’ Association and the Crime Writers’ Association, her novels often feature  a murder or two, and are always sprinkled with humour and spiced with a touch of romance.

She also writes a monthly column, Ideas Store, for the writers’ magazine, Writers’ Forum and has a blog at paulawilliamswriter.wordpress.com.  Her facebook author page is https://www.facebook.com/paula.williams.author. And she tweets at @paulawilliams44.

Not only that, but when she’s not writing, she’s either tutoring, leading writing workshops or giving talks on writing at writing festivals and conferences and to organised groups.  She’s appeared several times on local radio – in fact, she’ll talk about writing to anyone who’ll stand still long enough to listen.

But, as with the best of dreams, she worries that one day she’s going to wake up and find she still has to bully her brothers into reading ‘the play what she wrote’.