Aereon has found the Creators.

He’s crossed seas and mountain ranges to reach them, tangled with dwarves and ogres along the way, escaped the clutches of an icicle wielding irate yeti to rescue them and now they tell him that they weren’t in any great need of help.

A revolution has sparked in the realm of Hudikvar, because of something things Aereon might have said to a troop of homeless youths. Now, King Victarian is after Aereon and anyone associated with him.

Local woodsman, Lars, has agreed to help them flee and be their guide through Oak’s Wood, but even he cannot guess what lies in wait for them within. Not now the Lord of the Primes is about to wake.

‘He’s got a touch of destiny about him, that one,’ said the Dealer.

‘And she’s ordered the lobster,’ said the Teller. 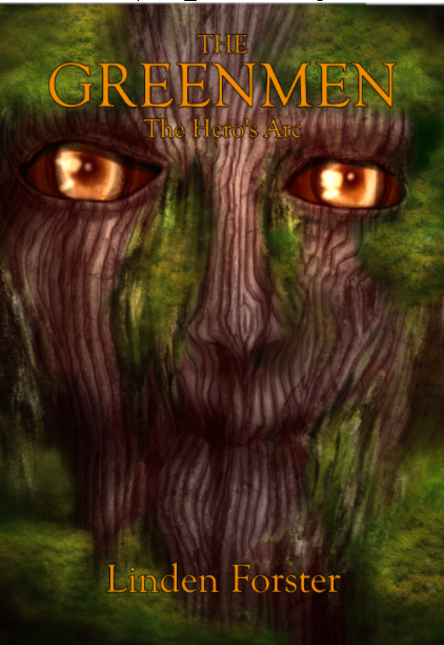 EXTRACT FROM THE BOOK!

Having just rescued a gang of youths and stabbed the King of Hudikvar (albeit without ever touching a knife) Aereon and his company must make a run for it. They need to make it to the trees and to Lars, who will help them find their way home. But first, they need to escape the walls of Rjkovorg.

A heavy deluge pummelled the muddy streets of Rjkovorg, hammering the thatched roofs of the city. The hustle and bustle of the capital was overrun and people darted through the torrent in search of cover.

It wasn’t the sort of downpour that was totally concerned with down either. The wind was strong and lashed the rain at people’s faces. The gale used the walls and streets of Rjkovorg to play tricks. The wind ploughed people from one side and then as quick as a switch came from the opposite direction.

Aereon stood atop the steps of the Long House, flanked by the dwarves and the Creators.

Scattered across the sodden ground, pinned to walls and in one instance even draped across a roof, were the Royal Guard. Aereon knew that Edin and Koel were no slouches in a fight. They had each survived two rounds in the ogre pits, but this was the Royal Guard. Each man and woman selected purely on their fighting ability to protect the King against any and all threats. The Creators would have done their part, but this was primarily the handiwork of Silvor and Volris. Aereon looked down at the former, who was smiling pleasantly at the groaning bodies.

Across the street, under an overhanging roof, Aereon could just make out Kajsha and her friends through the spitting rain.

He descended the steps and his clothes started to speckle.

Aereon gestured with his head. Everyone filled in behind him and they trudged towards the open gate.

Despite the haze, the guards at the gate saw them coming and could see that the group looked problematic. A pouty teenager and two men leading a ragtag gang of youths holding what appeared to be an assortment of rotten shields, rusty weapons and the odd moulting animal pelt. All flanked by two iron clad dwarves.

‘Close the gates!’ bellowed the Captain.

The troop sprang with obedience, all too eager to close the gates on the approaching rabble.

The Captain and his men were one of two units that operated the gates and had been aptly named by the King as the Gate Closers.

Every night, not long after sunset, they would close the gates and when they took over the shift at noon they would be open again. There was the occasional incident of having to turn away a group of peasants whose clothes and pronunciation did not meet standards, the riffraff as they called them, but other than that it was fairly straightforward. Of course, it was expected of both the Gate Openers and Gate Closers that if an enemy attacked the city they would be on duty to shut the gates to the approaching horde.

Such a scenario seemed to be upon them now. Aereon’s party had broken into a run, and the Captain barked more orders at his men.

Six men on each side of the gate pulled levers and turned wheels attached to cogs, connected to iron chains and the gate started to shut with dramatic pace.

‘Come on, faster!’ called the Captain and Aereon.

Bright-Spark Wendoson looked at the splashing outlaws quizzically. In a trance, his hands dropped off the wheel he had been turning and he sloshed over to the Captain.

‘Wendoson! What the blazes are you doing? Get back to your post and shut this gate!’

‘I’ve had a thought, Captain. You know how to get into either of the Gate teams you have to take the Defensive Vigilance Assessment?’ said Wendoson.

‘And do you know the bit about responding to an assault on the gate?’ continued Wendoson.

‘The DVA One-Oh-One. Section Four – Appropriate Analysis and Response to Individuals and/or Companies Approaching the Gates of Rjkovorg. Yes, I’m aware of it.’

‘Well, do you remember the question about when a party is approaching the gates how should you responds?’

‘The DVA One-Oh-One. Section Four – Appropriate Analysis and Response to Individuals and/or Companies Approaching the Gates of Rjkovorg. Question Thirty-Seven – When an Individual and/or Companies are approaching the Gates of Rjkovorg at an Accelerated Velocity, How Might You Respond? Answer: “Close the gate, and right quick too.” Yes, yes. Out with it man, they’re almost on top of us.’

Behind him one door of the gate grinded to a halt and shut. The other was still half open and struggling without its sixth man.

‘Well, it just occurs to me, that question might have only been in reference to Individuals and/or Companies coming from outside Rjkovorg.’

The Captain stared as the rain tinged off his helmet, trying to beat some sense into him, and the wind rustled through his ear, but failed to stir up any thought by the time it came out the other.

Aereon ploughed between the two and slipped through the gap of the closing door.

Edin and Koel both knocked into him as they passed, but the Captain seemed not to notice.

Next Kajsha and her band of miscreants bumbled their way to the ajar door and darted through.

Finally, the dwarves elbowed their way past the Captain and the gate shut.

The thud of it locking into place seemed to raise him from the depths of whatever field of consciousness he had been operating on.

‘Right you are, Bright-Spark,’ he said with a smile. He turned to the gate and his face fell.

Volris stood looking up at the thick wooden beams. His face; a perfect picture of the word drat. It was far too high to climb without an axe. He’d been a fraction too slow and a fraction too broad. He cursed all those heavy meals Lars had made over the last fortnight. Then instantly took it back.

He turned around slowly to face the guards.

They were all gazing at him with a combination of terror, accomplishment and curiosity. Like a cat who’s dragged a squabbling pheasant through its flap and then realised that it actually looks quite threatening now it’s trapped inside.

Volris’s fingers twitched over the hammer tucked in his belt.

Linden Forster began writing at the age of seventeen. Divine Invention was his debut novel and it took seven years from the idea conjuring at the back of an English class to reaching the page.

Since then, writing has become his dream and passion. The Greenmen is the second in his fantasy series, The Hero’s Arc.

He is a lover of nature and enjoys walks in the country and often ventures out armed with a notepad and pen.