Mona has almost everything: money, friends, social status… everything except for freedom. Languishing in her golden cage, she craves a sense of belonging…

Desperate for emotional release, she turns to a friend who introduces her to a world of glitter, glamour, covert affairs and drugs. There she meets Ali, a physically and emotionally wounded man, years younger than her.

Heady with love, she begins a delicate game of deceit that spirals out of control and threatens to shatter the deceptive facade of conservatism erected by Lahori society, and potentially destroy everything that Mona has ever held dear.

MY INTERVIEW WITH THE AUTHOR

When did you know that you wanted to be an author?

I had always been a very avid reader. I remember when my parent would take us kids out for shopping, I’d make a beeline for the children’s books section while my siblings and cousins would buy toys. It was at Western University in Canada where I truly began to appreciate the importance of writing and how it was actually an industry. I began writing then, but it wasn’t until I took the Faber Academy course that I began writing my novel in earnest.

What inspired you to write this book?

I read Anna Karenina for the first time in 2011, and I remember thinking how similar Russian society of the 19th century was to the Pakistan of today. In addition to that, I was a bit tired of seeing Pakistan portrayed in a negative light. I wanted to show that life in Pakistan’s elite circles went on regardless.

If you could sell this book in one sentence what would it be?

Anna Karenina meets The End of the Affair.

What are you up to next?

I am writing a novel about honour killing in Pakistan, and in addition to that, I have also written a dystopian YA trilogy.

Who is your biggest inspiration?

I think J.K. Rowling is a lot of people’s inspiration. It’s just the fact that her story world has made such a mark in the world, and how people in so many countries, regardless of the language and culture difference, can relate to everything she has written. 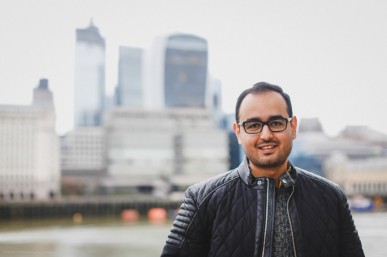 Awais Khan is a graduate of Western University and Durham University. Having been an avid reader and writer all his life, he decided to take the plunge and study Novel Writing and Editing at Faber Academy in London. His work has appeared in the Missing Slate Magazine, Daily Times and MODE, and he has been interviewed by leading television channels like PTV, Voice of America, Samaa TV and City 42, to name a few. He is also the Founder of The Writing Institute, one of the largest institutions for Creative Writing in Pakistan. He lives in Lahore and frequently visits London for business.