Henry, a nineteen-month-old Jack Russell, has been given the ability to talk and now they can’t shut him up! Family Guy’s Brian with just as much attitude but better sleuthing skills.

Set in Northamptonshire, England… Henry, a talking Jack Russell, is part of a small team researching a cure for Multiple Sclerosis. He is the target of several dognappers but can he use his wit or guile to outwit them and, with the help of forty-year-old laboratory assistant Gwynne Davies, find the proof needed to convict the criminals. Thus begins a series of adventures for the unlikely pair. There have been amateur sleuths, there have been talking animals – Henry is both. This is Family Guy’s Brian meets Poirot meets My Fair Lady.

‘Oh, Henry’ may look like a young adult or children’s novel but the main human character is a woman in her early forties so a more general appeal. ‘For the young in all of us’.

I thought that this was a really fun book!

The idea was great and it could have been a bit silly but I think that the author has nailed it perfectly and Henry was fab! I have read a few books by this author now and I am going to take a guess that Henry has probably been one of the most fun characters that she has created and gets to write about – I thought he was ace!!

I thought that the book has a good flow to it and I liked the length of the chapters too which helped to keep the story quite punchy.

It is 4 stars from me, this is the first in the series and I thought it was a good fun read and really looking forward to the next book – highly recommended!

GIVEAWAY
Morgen Bailey is running a competition to win 2 signed copies of Oh, Henry to run alongside the blog tour!!
Make sure you enter on the link below to win your copy!!
You can find the T&Cs on the link.
https://www.rafflecopter.com/rafl/display/912c11402/?fbclid=IwAR0slbRvtQR5OAlQlyWG-7eufR5IEjXEXV3BlnLBb5qwtTyexkgyVrHrsZY
ABOUT THE AUTHOR
Morgen Bailey – Morgen with an E – is a multi-genre author, freelance editor, writing tutor, writing competitions magazine columnist and judge, blogger, and speaker. 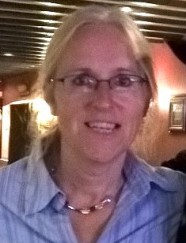