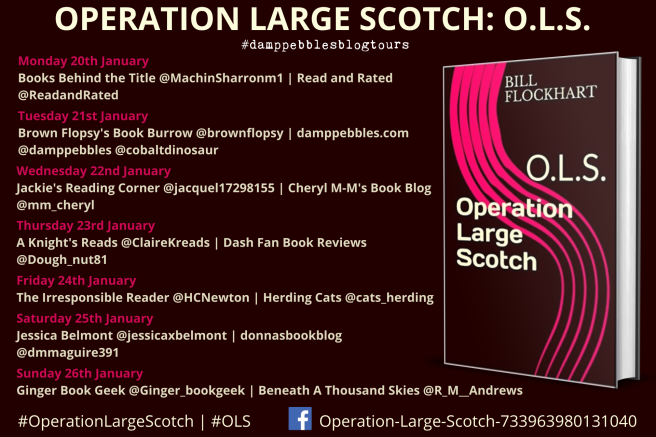 Fearing the Good Friday Agreement will effectively end the lifestyle his IRA terrorist cell has enjoyed for years, Michael Caldwell the leader of the 1972 Club (named after the Bloody Sunday Massacre) decides to turn his attention to targeting the UK Government economically. He launches an attack threatening to bomb the Scotch whisky industry unless the British Government pay the terrorists a £20m ransom.

Armitage Brown, Assistant Controller of MI5 is given the task of stopping the terrorist attack but is unable to get any information on the assailants as to how, where and when they are going to deploy their explosives if their demands are not met. He co-ordinates a strategy, using all the emergency services, to thwart the terrorists under the code name ‘Operation Large Scotch.’

Bothe the military and the intelligence services have been guilty of murderous acts going back over the previous eighteen years. John Johnston, a young Ulsterman, living thousands of miles away in South Africa, is determined to get revenge for the killing of his father in Belfast. With the assistance of Mossad, the Israeli Secret Service he releases information that will haunt both the British Military establishment and the terrorists.

Will MI5 succeed in preventing mayhem in various towns around Scotland?

This story had me hooked!

The plot was complex and the attention to deal was spot on, it was a thrilling read!!

It is 4.5 stars from me for this one, rounded up to 5 stars for Goodreads and Amazon – very well written and a gritty and gripping read – very highly recommended!! 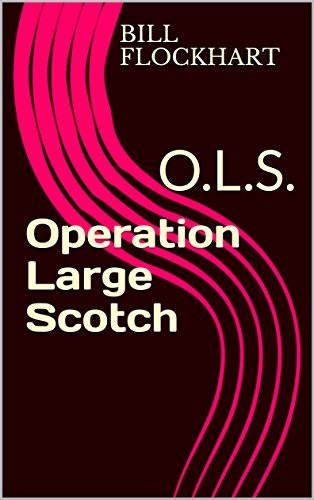 ‘Operation Large Scotch’ is my first book and at my age (71) possibly my last. it reflects on my life in many respects having worked in a distillery in my early working life before digressing into financial services.

My interests are sport (especially golf, swimming and basketball, (the latter through my two sons who played at international level) and current affairs in our ever changing world.

I have always enjoyed a challenge, which producing a book has certainly proved to be, but I would recommend writing to the retired population as it certainly keeps your brain active.

Two years after publishing ‘operation large scotch’ I am delighted to release my second novel ‘She’s Not a Lovely Girl’ which is a sequel to my first book. I only hope it gives everyone the pleasure ‘O.L.S.’ did judging by the favourable reviews it received