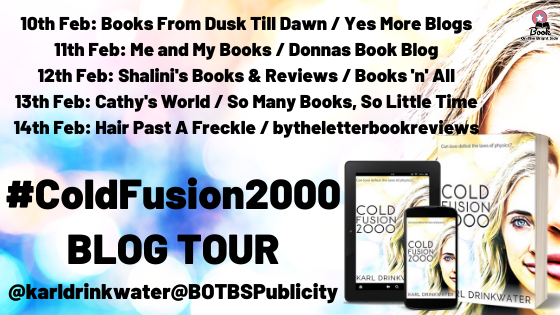 Alex Kavanagh is a pedantic physics geek – a teacher who hates teaching, a lover who’s always getting dumped, a writer whose articles all get rejected, a 28-year-old still living at home and bullied at the bus stop by teenagers – and he’s just had the worst day of his life. Things can only get better, right?

Enter his ex, Lucy, in what seems to be a chance meeting. Her betrayal marked the point when his life went nuclear. But – holy protons! – he still loves her.

Two problems. First, she isn’t who he thinks she is. Second, she’s going to leave him forever in 72 hours.

Cold Fusion 2000 is a haunting novel about a man who’s too rational to believe in ghosts and too short-sighted to see what was in front of him all along.

MY REVIEW
I was really intrigued by the blurb for this book!
I thought that the author really nailed the plot and I found that Alex was a well developed character and I really felt for him.  He was a bit nerdy, bit of a geek and that made him all the more endearing to me!
The book was well written and I loved finished out more about the characters as the book progressed too and I enjoyed that it was not a traditional love story and the focus was from a different viewpoint too and that made it really enjoyable for me, the characters were human and realistic.
It is 4 stars from me for his one, I thought it was a great story that was well written with some really well developed, and interesting characters! 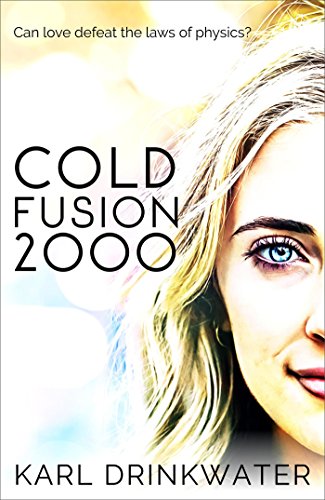 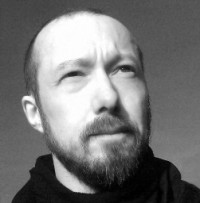 Karl Drinkwater is originally from Manchester but lived in Wales for twenty years, and now calls Scotland his home. He’s a full-time author, edits fiction for other writers, and was a professional librarian for over twenty-five years. He has degrees in English, Classics, and Information Science.

He writes in multiple genres: his aim is always just to tell a good story. Among his books you’ll find elements of literary and contemporary fiction, gritty urban, horror, suspense, paranormal, thriller, sci-fi, romance, social commentary, and more. The end result is interesting and authentic characters, clever and compelling plots, and believable worlds.

When he isn’t writing he loves exercise, guitars, computer and board games, the natural environment, animals, social justice, cake, and zombies. Not necessarily in that order.