A cow looks out to sea, dreaming of a life that involves grass.

Jan is also looking out to sea. He’s in Goa, dreaming of the passport-thief who stole his heart (and, indeed, his passport) forty-six years ago. Back then, fate kept bringing them together, but lately it seems to have given up.

Jan has not. In his long search he has accidentally held a whole town at imaginary gunpoint in Soviet Russia, stalked the proprietors of an international illegal lamp-trafficking scam and done his very best to avoid any kind of work involving the packing of fish. Now he thinks if he just waits, if he just does nothing at all, maybe fate will find it easier to reunite them.

His story spans fifty-four years, ten countries, two imperfect criminals (and one rather perfect one), twenty-two different animals and an annoying teenager who just…

But maybe an annoying teenager is exactly what Jan needs to help him find the missing thief?

Featuring a menagerie of creatures, each with its own story to tell, We Are Animals is a quirky, heart-warming tale of lost love, unlikely friendships and the certainty of fate (or lack thereof).

For the first time in her life the cow noticed the sun setting, and it was glorious.

For a limited time, We Are Animals will be available for only 99p. 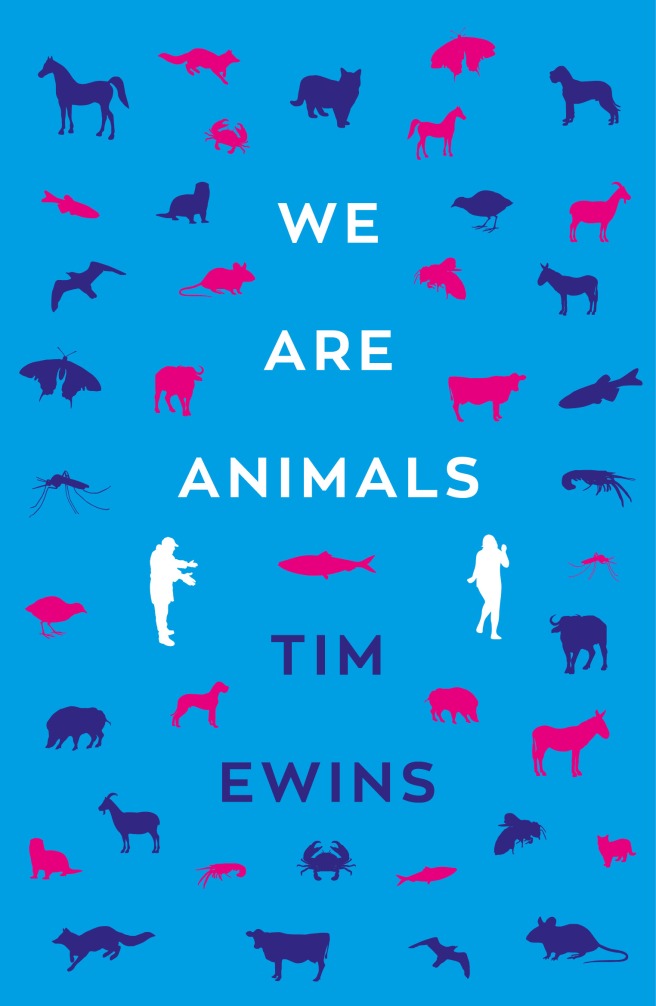 MY INTERVIEW WITH THE AUTHOR

When did you know that you wanted to be an author?

Hi Donna, thank you for being a part of the blog tour for We Are Animals!

I remember being set homework by my English teacher when I was about thirteen. We had to write a short story and I went to town on it. When my mate read my homework the next day, he joked that I’d, and I quote, ‘written it like it was a book.’ At thirteen, this was clearly a bad thing, but I’ve pretty much carried on writing since then; short stories, songs, stand-up comedy sets, ideas for plays… We Are Animals is my first attempt at a novel though, and whilst I love all writing, I’ve found writing a novel easily the most enjoyable.

What inspired you to write this book?

Writing a book was always something I was going to do at some point. When I went travelling with my wife, we kept a regular blog and I always liked the idea of creating some sort of a plot around it. We Are Animals is set in many of the countries we visited, and it has an exaggerated version of some of our experiences during our travels. When I went back and read the old blog, I noticed how much of it was focused on wildlife, and I wanted to get that into the book somehow. There are so many animals with their own little plots in We Are Animals, it’s like a children’s book for adults.

If you could sell this book in one sentence what would it be?

We Are Animals is a quirky, heart warming tale of lost love, unlikely friendships and fate. Oh, oh, and it’s cheap… 😀

What are you up to next?

I wrote most of We Are Animals on my lunch breaks at work, so it took me about four years to finish. I had an idea that started forming in the back of my mind when I was about halfway through writing it, and I’ve started working on that idea now. I’m about halfway through the new idea now, so hopefully another idea will start forming soon, ready for the third!

Who is your biggest inspiration?

My biggest inspiration is probably my wife, son and cockapoo. There are so many parts of our life that find their way into my writing, uncomfortably so sometimes (long gushing paragraphs about a strand of my wife’s hair that I found in the shower, anyone?) Also, and I know it sounds like a cliché, but there are lots of characters in We Are Animals that are based on people I know or have watched (not in a creepy way) when I’ve been out and about.

I’m a huge fan of Jonas Jonasson and Andrew Kaufman. I took a lot of inspiration from their books. If you haven’t read The Hundred-Year-Old Man Who Climbed Out of the Window and Disappeared or All My Friends are Superheroes, you should. I also find myself consistently going back to the whimsical magic of Roald Dahl’s books, even now as an adult. I don’t think you can read any of his book without being inspired in some way.

Tim Ewins has enjoyed an eight-year stand-up career alongside his accidental career in finance.

He has previously written for DNA Mumbai, had two short stories highly commended and published in Michael Terence Short Story Anthologies, and enjoyed a very brief acting stint (he’s in the film Bronson, somewhere in the background).

He lives with his wife, son and dog in Bristol. We Are Animals is his first novel.