The book provides a full biography of Kelly, discussing the details of his crimes, his victims and his ability to evade justice; he managed to secure mistrials or acquittals in twenty-five trials before being eventually convicted and sentenced to die to prison, which he did in Durham, in 2001.

It could be argued that Kelly is the most investigated serial killer in the history of the world. His murders were investigated as they occurred between 1953 and 1983; they were reinvestigated in 1983 and again in 2015.

The author of this book played major roles in the two latter inquiries, conducting the entire inquiry in 1983 and acting as a consultant to the 2015 inquiry. More is known about Kelly than any other serial killer in history.

He was arrested before he had finished killing, then murdered his cellmate in the police station and was interviewed by the author ten minutes after this final murder, before spending the next two years discussing his crimes and his motivations with the author. The end result is a truly unique insight into the mind of a serial killer!

I was intrigued by this book and when I saw that it had been reduced in an eBook sale by the publisher I downloaded a copy as I love my true crime and historical non-fiction.

The beginning was good and I did like the overview of the serial killers and I did enjoy this book in the sections that discussed the crimes that had been committed by Kelly but I think that the title of the book is a little misleading – London Underground Serial Killer: The Life of Kieran Kelly as I found in places that the main focus was more on the areas where the crimes took places, rather than the crimes themselves.

The book is fairly short and it was easy to read but the number of crimes that Kelly committed is unknown to it was always going to be a book that had to had other details added to it – the book does read at times like it is a guide to the London Underground as it gives an overview of this and also some details and photos of some of the stations that Kelly visited.

It is 3 stars from me for this one, it was not really as detailed as I would have liked regarding the case and the life of Kieran Kelly but the amount of detail on Kelly is limited so the author has made a good attempt with the detail available but it was a little disappointing. 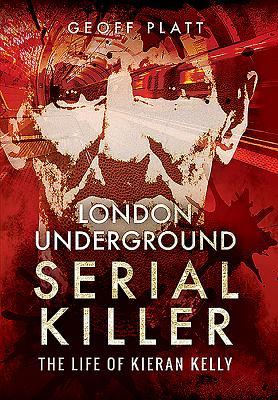